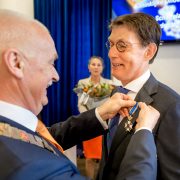 Henk Lagerweij was one of the founders of the wind industry in the Netherlands. His passion was and is to ‚catch the wind and turn it into useful energy‘. As one of the first in the world, he developed and built a wind turbine that could supply electricity to the electricity grid. In the 1970s, these were still small turbines that barely generated electricity for 1 household, nowadays one wind turbine supplies power to as many as 15,000 households.

The company Lagerwey, which created these turbines and was named after Henk Lagerweij, also experienced setbacks in addition to successes. Reflecting the often unruly growth of the wind energy sector. Yet Henk Lagerweij continued to believe in the power of the wind. During the oil crisis, it was the high prices of fossil fuels that made wind energy attractive and, more recently, the necessary transition to a sustainable energy supply. Something that Henk Lagerweij has always believed in.

His philosophy was “what’s not in it cannot break”. This translated into very solid and reliable ‘direct drive’ wind turbines without gearboxes and a minimum number of moving parts. This down-to-earth approach to business and reliability appealed to the market. In total, more than 1,200 Lagerwey wind turbines have been built and are still running in countries such as the Netherlands, Japan, India and Canada.

Innovative
Over the past ten years, Henk Lagerweij with a small team engineered a number of world-class innovations. First he designed a modular steel tower, making towers of wind turbines recyclable and cheaper. His next innovation was the ‚Climbing Crane‘, which makes the construction and recycling of wind turbines cheaper and easier.

The recent cooperation of Lagerwey with the German company Enercon makes it possible that these Dutch innovations are now being deployed on a global scale: a crown on the work of Henk Lagerweij and something that he and his team can rightfully be proud of. 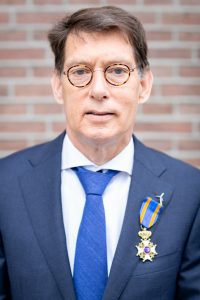 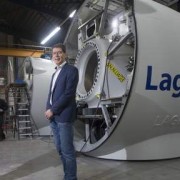 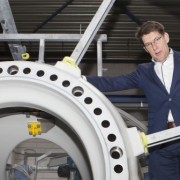